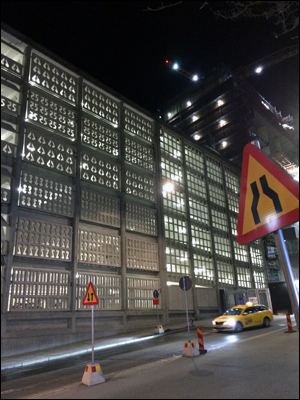 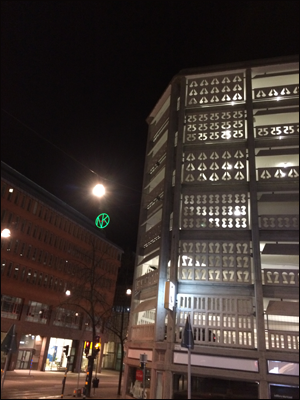 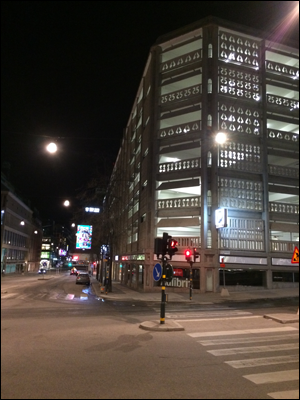 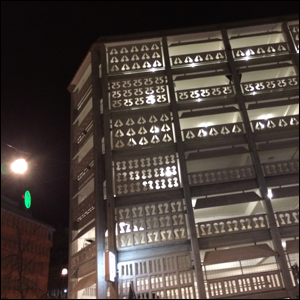 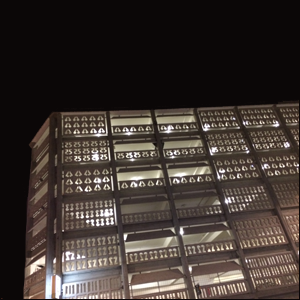 It is at least a quarter of a block in the inner most city – at the very core of my city and that would be Stockholm.

Function? The sole function is to park auto carriages (cars) in the center of the city.

Mind you, this was engineered – to funnel traffic into the core of the city. That was the original idea.

Then shortly (a decade or so) after this feat was achieved the decision was made to reroute the traffic around the city instead (like in all European cities).

Yet, this plot is one of the most “valuable” and attractive in the entire city. I claim that it is simply a legacy of 50/60’s city planning.

Incidentally my farther was involved in similar projects in the very same time period that I’m referring to but in a place far, far away.

Meaning? I really like how this building portraits itself. By every section/floor, dominantly geometrical, it is a brutally beautiful building. La cité (in my mind) is a combination of functionality and aesthetics.

However, it is a parking lot, a building for stationary cars, the size of a quarter of a block in the very center of La cité?

And this one is not the only one. There are at least ten of them.

Document thoroughly and then re-build.

To view a part of the back of the building. Please see: La Cité II.