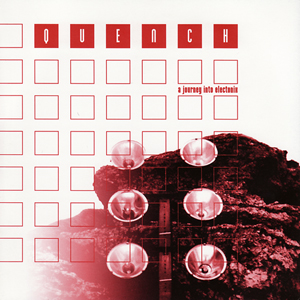 It was a while ago this album by Quench was released, in 1999 to be exact. It doesn’t matter it has stood the test of time in a striking manner. Quench unmisstakable take on electronic music shines through on this release as it does on all their releases. The album entitled “A Journey into Electonix” contains some of the songs that were later released as DUB12.2 on the Dutch imprint bearing the same name. The 4 tracks that ended up on the 12″ were probably the very best from this album, but the remaining 7 tracks don’t fall far behind and they are as essential to the album as the others. The first and last tracks are remixes thrown in for good measure, one by Funckarma and the other co-remixed by Llips and Quench. Simply put, it’s brilliant, brilliant and brilliant!