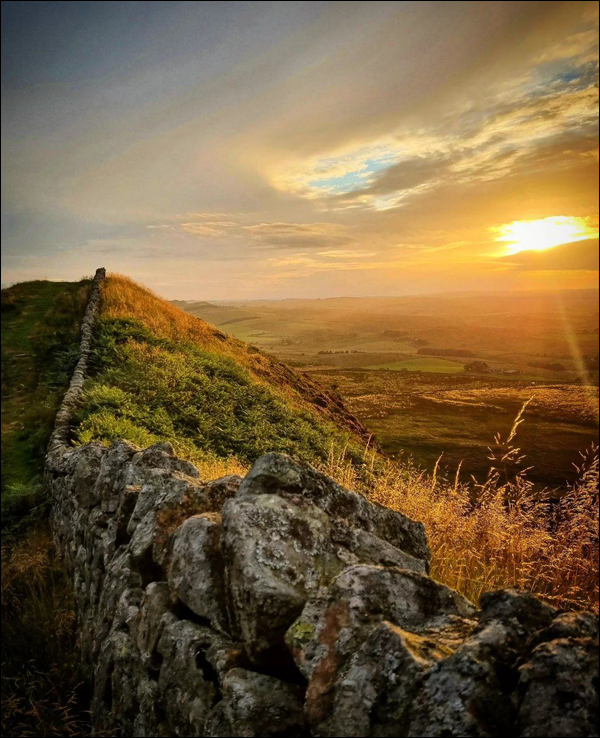 Hadrian’s Wall (Latin: Vallum Aelium), also known as the Roman Wall, Picts’ Wall, or Vallum Hadriani in Latin, is a former defensive fortification of the Roman province of Britannia, begun in AD 122 in the reign of the emperor Hadrian. Running from Wallsend on the River Tyne in the east to Bowness-on-Solway in the west, the Wall covered the whole width of the island. In addition to the wall’s defensive military role, its gates may have been customs posts.

Please see: For Ever, Ever, Ever And Ever? and Wikipedia Needs Help!