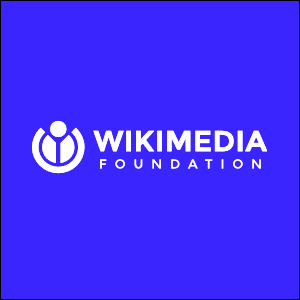 I was shocked to realize that it must be less than a thousand of a percent, less than 0,001% (per mille), that has ever contributed to Wikimedias’s mission to make information free to everyone (they say less than 1%, but that cannot be correct, unfortunately).

Honestly, it sickness me to even contemplate the idea that I (personally) have contributed more than any news media outlet, paper or agency have done in the entire the World.

The fact that people are making a living of or is using Wikipedia commercially every single second without contributing a single dime or cent is simply re-vaulting!

Imagine a world in which every single human being can freely share in the sum of all knowledge.

We’re a non-profit. Less than 1% of our readers give, but we manage to serve hundreds of millions of people per month. Imagine if everyone gave? We could transform the way knowledge is shared online.

The average donation is a reported (we don’t want “fake news”), $15 per 6,1 million donations.

It is a non-profit organization and that makes for an annual budget of roughly $91,5 millions. However, it is one of the top-ten most visited sites of the entire planet and it is “free”.

I’ve donated above the average in the past. Did I do it again? Yes, I recently donated, but below the average this time around.

Simple Q: What is wrong with you people? In reality?