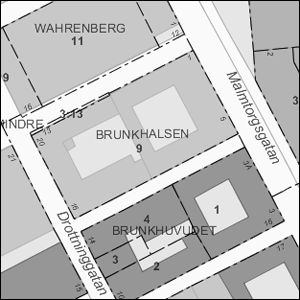 I went here; to Brunkensbergstorg, Malmskillnadsgatan, it is situated in the absolute center of Stockholm at Kulturhuset.

I was thinking, that when I was young – it was the most disregarded part of the entire city center. In all honesty an non-visitable place for more reasons than one.

And that things do change… now it is fashionable.

However, it has more than 700 year’s history, including a decapitation. The square is named after a knight named: Johan von Brunkow.

He was decapitated in 1318 and the square bares his name til’ this day.

Because “berg” translates to mountain in Swedish. But a mountain is actually a hill in a Swedish context. Mountain or hill? It is dependent of height right?

In all senses of the word it is a convention. I saw someone today stumble over a 2 cm (1″) obstacle. True? Yes. You or I could do it. A hill or berg is tall or not. “Brunkensbergstorg”. Much later on at least two areas: “Brunkhuvudet” and “Brunkhalsen” was namned after him.

I realize once again that I need to split this text…