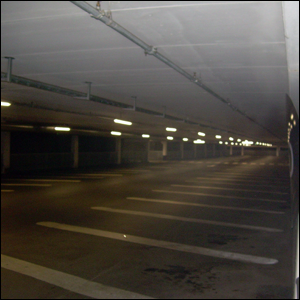 It is something that should be readily understandable and as clear as the most pristine flood water – like in the North.

– The simple question is this one: what is the difference between “old-school” and “history”?

Primarily, (for me in any event), is musical and I’m confident in my belief that it affects every aspect of human activity.

I could change the publishing date of this post or any other post here to any date and to any time (down to the second), but I don’t want to do that – it would upset my entire chronology, and that would render them useless to me.

The posts are all posted in sequence down to the second, however, I could re-arrange them. I could give them a different date and that is down to the second – they (the/my posts) are all are housed in a database and the last one could very well be first and vice-versa, their “time-stamp” could be anything and they can be changed/re-arranged at any moment.

– What does this entail?

That is when: history literally gets lost, because it is/will get increasingly difficult (impossible) keeping track of time it self. Is this a genuine problem and why would anyone want to do that?*

Well, I could re-order everyone of them how I would see fit. Now, You may want to pause for a bit and think about what the big “social.media” companies can/will and do with “your” data every second of the day…**

– Do I believe it to be a significant problem?

– I do. Actually it has been a problem with the Internet from the get go. There is an immense problem with continuity and traceability (and it it is not only a theoretical one. I have owned several domains/sites that would have been lost forever or may have been if I hadn’t try to safeguard them for prosperity.).

If the so-called block-chain concept can address this problem despite all the hype it is well worth investigating.

Imagine you could: rewrite every book, retake or remake every photo, song , film or painting? What would happen to a re-read of a book or a revisit of a painting/film etc.? What would happen at the discovery that it is nothing at all like the memory of what you read?

If you suddenly would return to Le Louvre in Paris just to discover that “Mona Lisa” is actually a painting of the famous ‘Mon Lucien’?

I’m sorry to inform you all that it has already happened. So, what ever brought this whole charade on?

– The search for the future, a lack of education and some other things.

Hearing a vocally based commercial success from the 90’s being played at twice the recorded speed at rinse.fm and being presented as new and fresh? A complete slaughter of a track that was at the time an exploit of a “sound” and hard, hard work down in the underground being unappreciated. It is what seems like a complete loss of (musical) history.

– Right… The difference? “Old-school” is self-experienced and “History” is the rest.** If you are born in the 90’s rather than the 70’s it will be, which one of the two?

* I have a change log, a list of revisions and I can revert if I feel like to. This post has, let me check… about 35 revisions including one autosave thus far. The first mentioned post has 17 revisions and the first is from

** You need to understand that.