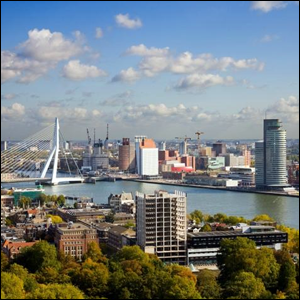 So, you may simply not like it, you don’t understand it or you don’t know what it is?

Honestly, I have not heard anything sounding like this, ever. I have never heard bass as crisp like this. Not with that depth, detail and level of compression? I know that it is Roel Funcken.

What? Wait, how is that even possible? I do have other headphones now, the are powered by an in-built amplifier, but that’s not it. The push, the cleanness of the sound. It is evolution.

I am talking about the music. I actually believe that there are several subjects (not all musical) that are really closely related and furterhmore it would seem that many of the “politacal/religious” ones are confusing many of them.

Just to be clear. I really do not mind “blind belief” and basically any religious practice is fine by me given that everyone else can retain the right to their own beliefs.

The practise must not be a destructive one. Basically, do not hurt others in the name of your own chosen practise.

Howver, this is not something new. One of the many wars that have raged in Europe, is the so-called 100 year war. A war that last for one hundred years? There are shorter versions, in Sweden, it is known as the thirty year war. They were “religous” wars… (the first and second World wars, they were “ideolgical” wars… guess what the third one will be about?).

Please, take an interest in our history.

Then is when it gets really complicated… because that is well before the idea of unconditional equality, freedom of speech and religious practice, as in always and without exception. But, is that not politics, again? Well, organised religious practices are politics, that is a know fact? Right?

The thing is that I don’t think that any of the current organised religious practises will/can/or want to fulfil that crucial condition. That would be freedom of speech.

The music? R. Funcken is holding it down. Somehow still finding ways to increase the compression and continuing pushing his machines and the sound. I can not believe what I am hearing. It is so impressive.

The sounds out of Rotterdam (I have been to Amsterdam in my youth, but I have never been to Rotterdam) are unbelievable.

It’s electronic music at a level that is beyond description… From Funckarma’s inaugural release (I need to verify that): “Resonator (Live In Paradiso)” from 1998 on DUB?

The current EP is here: This is the place. “Bloid Fraxton”? I mean listen to it? In any event I’m giving you a fair warning.

My 10000 edits of this text? Well, the reason? It has to be close to perfect… is that an obtainable objective? Probably not, the deep irony is that there simply are not enough words in this World to describe it.