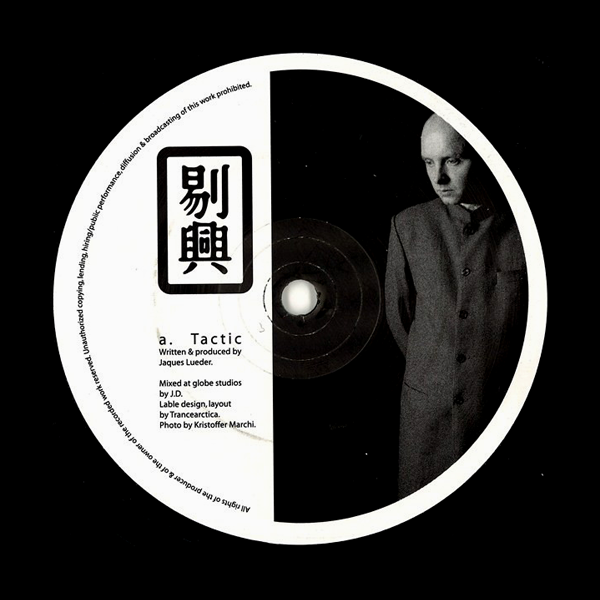 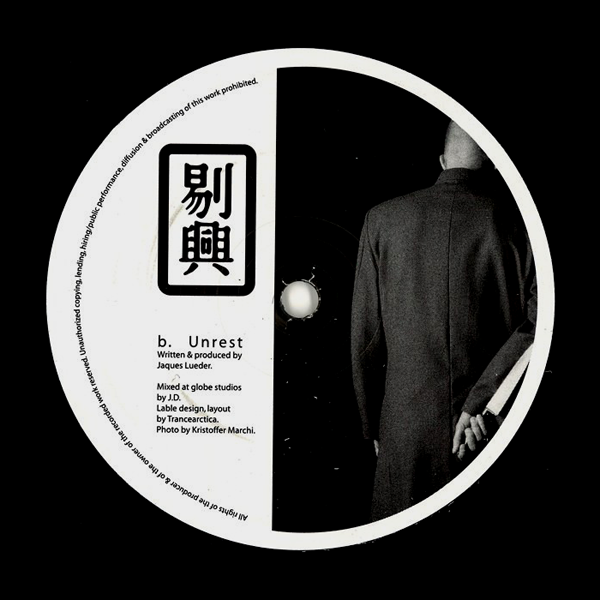 As hard as they ever come. It must be among the roughest centre label’s ever, surely? It’s as rude as it is brilliant! No joke business. Wut?! The love? It is eternal!

I know… I know for a fact that the mighty A.Rother has heard/listen to Jaques Lueder…

I know that he must know Cutting Pleasure.

– No, I can never do that. I can’t prove that, ever. However, “Bilocation” is Lueder and no one will ever tell me differently.

– I hear what I listen to and it is Lueder = the Småland shuffle. The relentless stab and arranged in a unorthodox way. Part of the Kennedy school. Sounds placed unorthodoxly in the front and the back. Radically different production ideas and the signature stab. There’s no doubt what-so-ever in my mind.

– Will you consider changing your mind/concede?

– No, I will not. That is simply impossible. A.Rother has heard, listened, own or know of Cutting Pleasure. Anything else is an impossibility.

– Have you asked the man? No. I have not. I am still saying that is impossible. The Småland shuffle and that stab is unique and there’s just one version of it. And that is the end of a non-existent discussion. It’s Cutting Pleasure Jaques Lueder, period.

– You can’t do that, like that? Seriously? It just can’t be done.

– Again! I know. No one constructs music like that. It is just not possible.