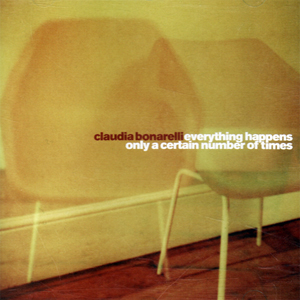 Mitek’s sixth CD “Everything Happens Only a Certain Number of Times” is a full-length album CD release by yet another debutant: Claudia Bonarelli. And no matter if it’s the given name or not there’re 10 tracks of glitch filled dub tech. Definitely leaning towards the dubbier side of the spectrum. Did I mention glitch, because there’s amplitude of that commodity. The album’s tracks evolve along steadily paced grooves and are accompanied by relentlessly effective basslines. It’s simple really this is first class minimal dub tech as it’s usually constructed in that big European country we know as Germany. So if that’s your cup of tea get this CD immediately.