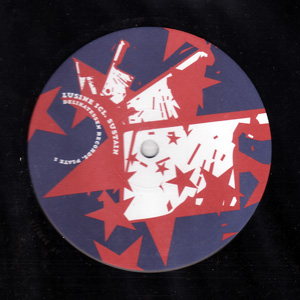 L’Usine ICL did the honors and was the first to release on delikatessen records. This beautifully packaged 10-inch contains 4 strong L’Usine tracks. As always it is a display of carefully constructed beats, bass-lines and selected sounds. Starting of with “In Flight” a beatless soundscape number that is followed by a Funkstörung remix of L’Usine’s “Sustain”. On the B-side you’ll find outstanding beats programming and atmosphere on “What’s the Score?” followed by a hip hop influenced “Sustain”.