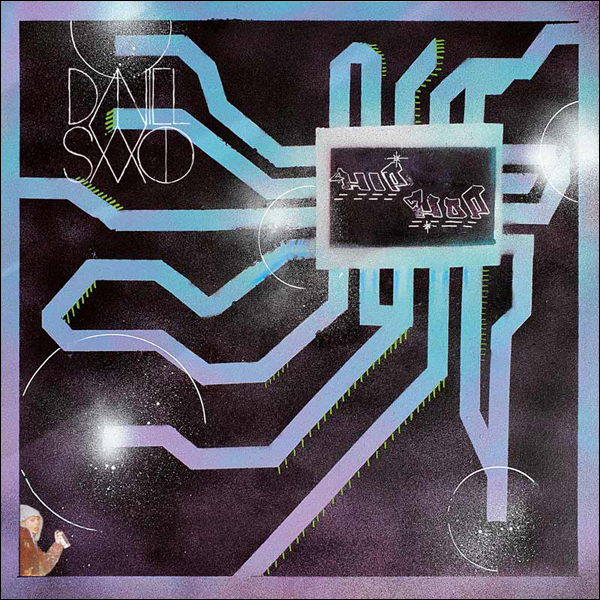 The latest album by Daniel Savio is aptly titled “Hip Hop” and it is an excellent one. But, Hey, wait a minute where are the vocals and the rest of the “must-have-paraphernalia” in any real hip-hop track? Where’re the $, Substances, the visible t*ts and that a** at (I mean not even on the cover…)?

Well, there’s something called Electro and yes, it may or may be regarded as Hip Hop. One thing is for certain and unquestionable (in my mind) and that is the origins of the genre itself: it is old and it used to be associated with a style of dance… I never been much for genres in general and resurface.se is no exception. However, they do serve a purpose at times; this being a such.

The nine track album is by all accounts an proto-electro affair. The references and inspirations are plentiful as would be expected from any good classic electro outing. Opening “Husby” sets the mood straight away and maybe the district administration of the illfated area in Stockholm should make this their anthem. Excellent electro track alongside “Poscadrömmar”, “Space Records” and “Grafomani”.

“T-banenatt” has a housier feel; they all put a smile on the grumpiest of faces. I happen to know for a fact that “Damon och Bebop” is a dance style reference and it is most definitely a danceable track.

Not many are wearing them these days “Clock”, yet it doesn’t stop time from passing or moving forwards as it were. And the funk is alive on this one; Fo’ shu’!

The ninth and somewhat ominously named “Avsked” – it translates to “farewell” (I do hope that it is not meant to be taken literally) finishes off what is a well-crafted Hip Hop album.

I have only one objection and that is the length of the tracks they’re all under 3 minutes and just doesn’t make them (or any other track for that matter) justice. It seems to be a sign-o’-the-times… Make no mistake Daniel Savio’s “Hip Hop” album is quality through-and-through and the only pre-requisite would possibly that you need to like/love electro. But, who in the right mind doesn’t, right?!

So, for reference: the label Flora & Fauna is far from being a stranger here at resurface.se.