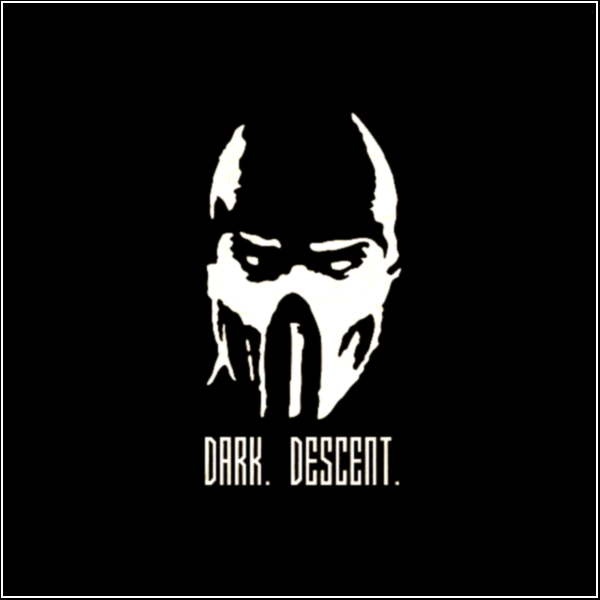 Dark. Descent. (NL)? It is about time. This is the perfect time to do so for more than one reason. Complexity and banality; any human is a combination of both including many other things yet among all of them is still simple banality. That in it self creates complexity at the best of the times in the end.

Musically? There is not necessarily any connection what so ever. Yet, it is part of my heritage, that would be breaks, that not everyone may know of… the hardcore sounds. The harsh sounds that I’ve been trying to incorporate a long time, a long time love/hate relationship.

“- What ARE you LISTENING to (headphones)? – It’s Somatic Responses, breaks? – That is… unbelievably frightening (music).”

A part of the breaks’ exploration, but for anyone who would know anything about the eternal search for breaks and my out must admiration for example: Somatic Responses and Hymen and the rather harsher things of things shouldn’t be all that surprised.

My younger self would probably not fully understand all of this! Now, I feel… liberated and that is a good thing. To expand or “Move your ass and your mind will follow!”. Hard, machine “funk” at work. It never died in Holland… will it be first in my cue? Probably not but it all makes sense to me now.

I like it; intense BIG drum (as it were, is…) and quite beautiful melodies. It’s a love song? Cull Destroy Poem (A song for Suki) by Mute.